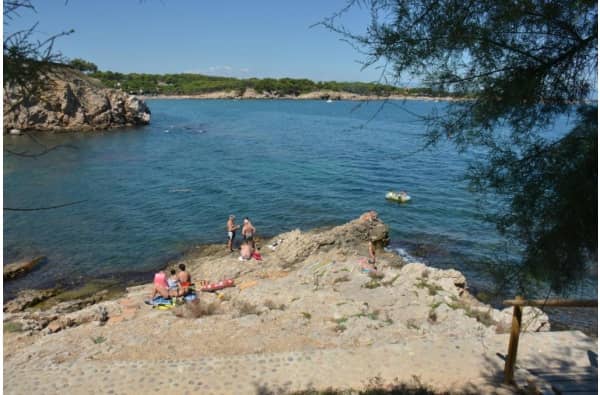 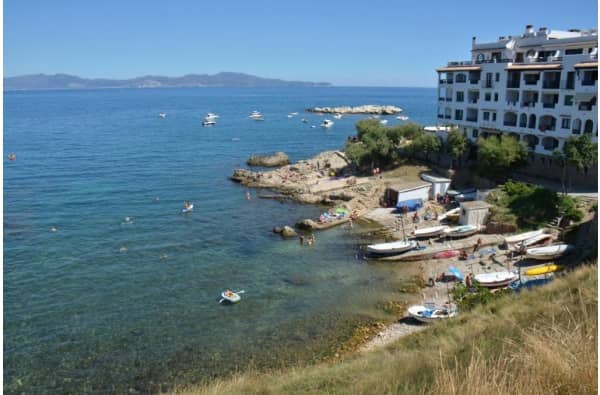 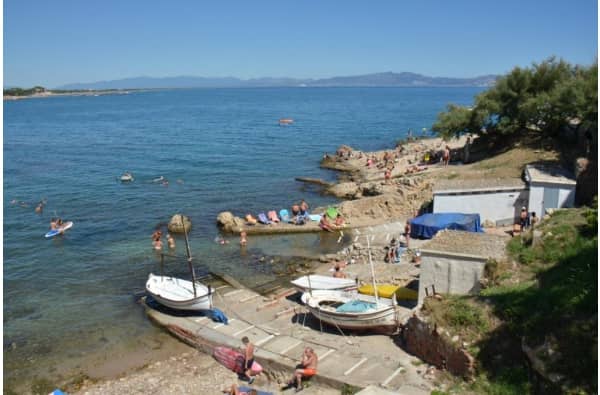 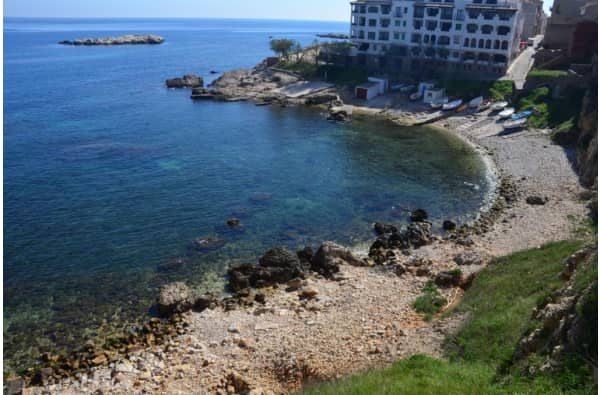 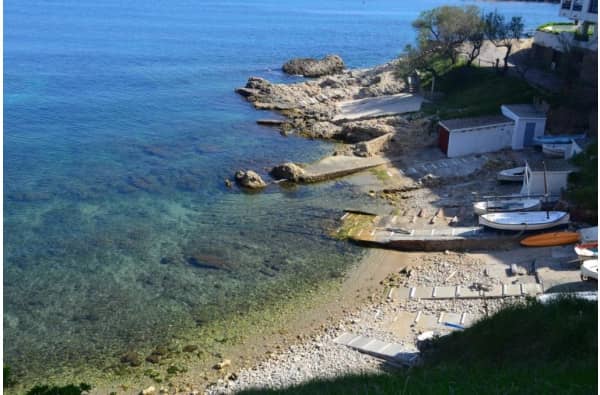 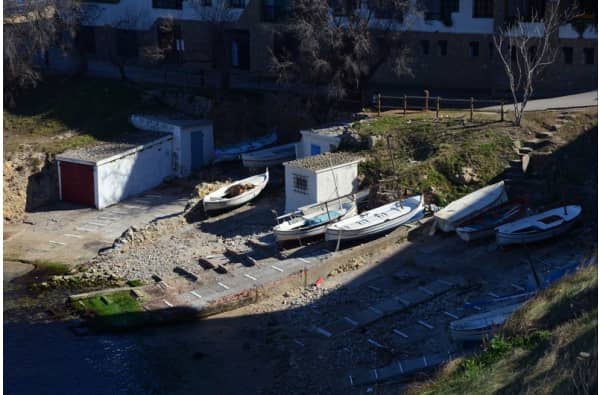 Located between the urban centre of l’Escala and the first of the beaches along the coastline of Empúries. One of its distinctiveattractions is that it has preserved several of the picturesque old hutswhere the fishermen used to live, and there are boats moored here all year round.

It is surrounded by cliffs and is accessible from the Mar d’en Manassa, or steps down from l’Oberta. The beach is covered with flat stones, but most of the people who use the beach, which is popular among the locals, sunbathe on the rocks which are close to the fisherman’s huts.  The beach is not equipped with any services, although there are restaurants, bars and shops nearby.

At one end of the bay there is a crest of rock which is known as Punta de la Creu, and it has a vantage point from where visitors can enjoy fine views over the town and the Bay of Roses. The rocky seabed and meadows of sea grass are home to a wealth of underwater life, making it a great place to practice diving.

Just behind the beach, there is the Torre del Pedró, a watchtower dating tothe 17th century. There is a footpath that runs along the full length of the town’s coastline. It is a short distance to the beginning of the Passeig d’Empúries, which leads to the historic centre of Sant Martí d’Empúries. 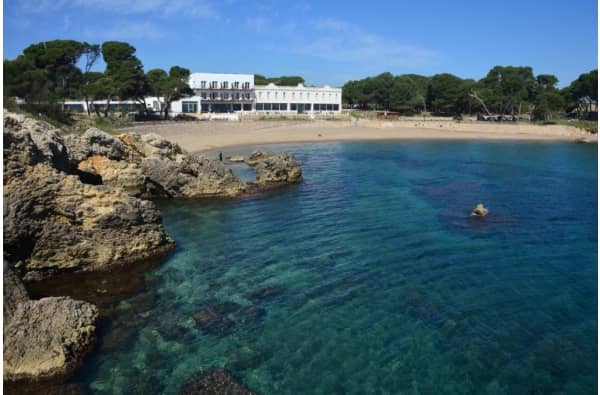 We can get to the beach of Portitxol walking from the promenade of Empúries, where it meets the access to… 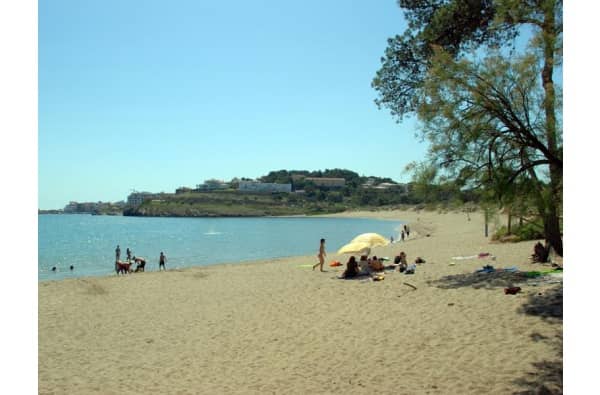 A beach with fine sand. It is the first of the beaches of Empúries. It has sand dunes, rocks and… 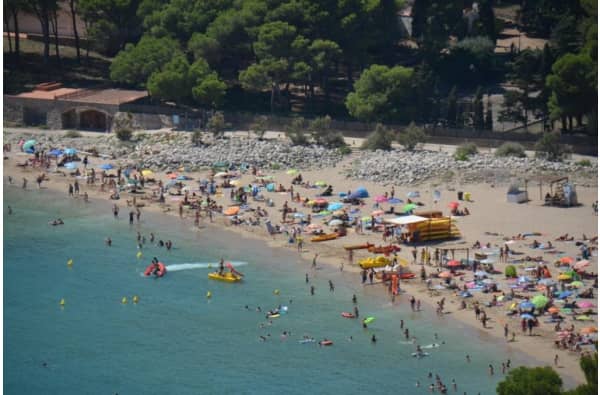 This is a fine sandy beach, sheltered from the north wind, the tramuntana. It is located at the southernmost point… 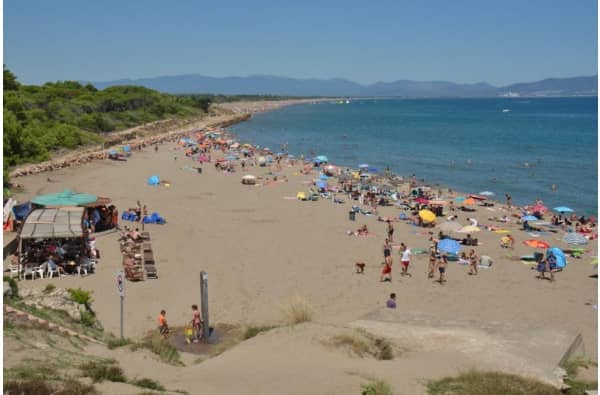 This beach has fine sand and an ideal location with features that make it a perfect place for water sports,…